Get in Touch
Back to Newsroom

A recent head to head comparison of the same release issued on both a traditional wire and Reportable illustrates how a modern release outperforms the dated approach. Gaumard Scientific, announced the launch of their new pediatric surgical simulator on January 12. While the company had powerful visuals, the cost of adding them to the traditional newswire service was prohibitive so instead they embedded hyperlinks to the images.

After no coverage was garnered, the same release was issued on Reportable on January 25, 2018, taking advantage of unlimited releases and videos. Very quickly, the announcement garnered substantial coverage despite being two weeks old. And as intended with Reportable, images in the release were downloaded and used in the news stories, these stories and images were posted to social media by the publications, and these posts were subsequently shared by thought leaders in their industry.

The result? Reportable got coverage where the traditional wire didn't, causing a noticeable increase in potential customer traffic to Gaumard's website.

"Releases must cater to social," said Tom Baker, co-founder of Reportable. "Reporters need images to make their job easier, generate story clicks, and have their pieces get shared on social. Validation of our model was encapsulated by a reporter who shared that, 'if every release was a reportable release, I'd increase our story throughput by 20-30%' by not wasting time tracking down a required image."

Based on the collective results of Reportable's initial announcements and several new features and product refinements, the Company is now offering a paid beta version of its software to agencies and organizations.

Reportable is developing a web-based do-it-yourself software to build and distribute modern news releases that are reporter-ready, get more press coverage, and perform on social. Reportable is based in Boston, MA and is a result of the brilliant minds and developers at Tanooki Labs in New York City. The Company was founded in 2016. 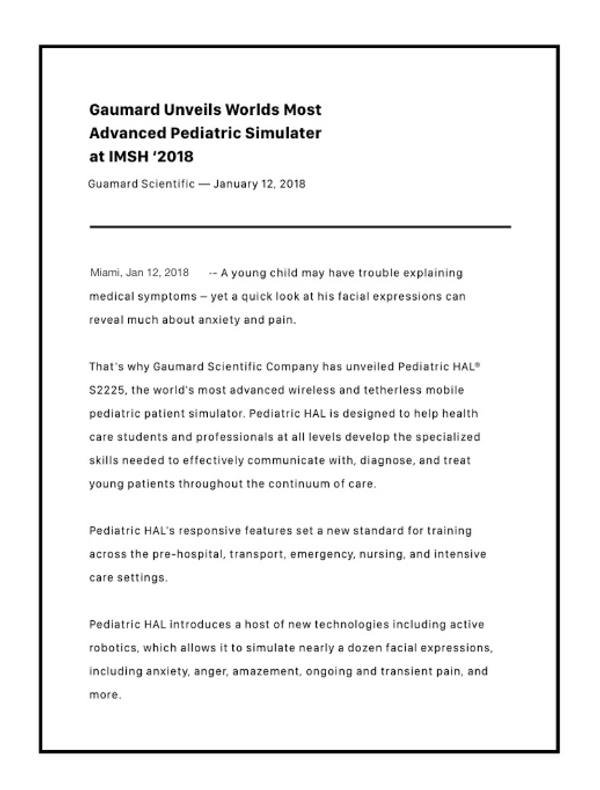 The above release issued on a traditional wire resulted in no coverage, but lots of re-postings to irrelevant online sites 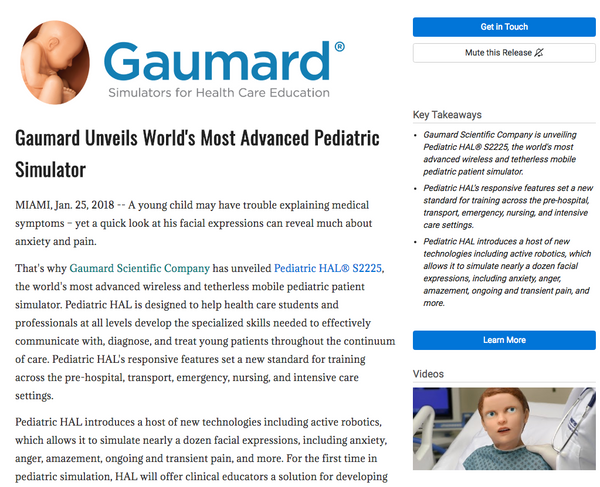 The same release was issued two weeks later on Reportable with images, videos and more. 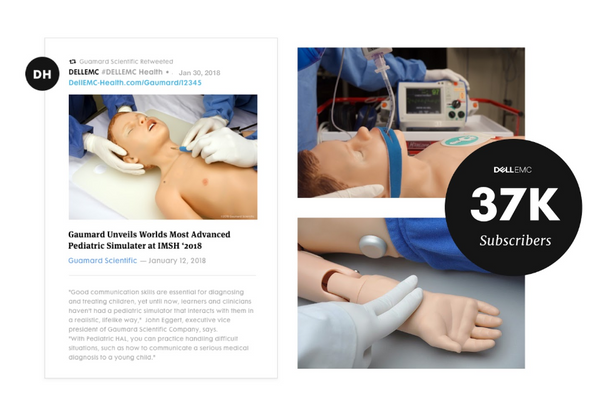 The result of the Reportable release was increased coverage and visibility on social media.
Related Bios
https://cdn.filestackcontent.com/Q32YSmUzQOutiaUzkeZQ?dl=true
https://cdn.filestackcontent.com/AG3wH2AR3SP2Mo58NZitaz/rotate=exif:true/resize=width:600/Q32YSmUzQOutiaUzkeZQ
Tom spent 18 years working in corporate communications and investor relations for biotech and medical device companies. He's a dad, husband, ocean lover and, a chemistry graduate from UCSD some time ago. 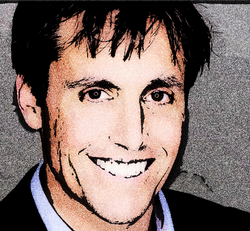