Get in Touch
Back to Newsroom

Reporter Survey Reveals How to Create News Releases that Rock

October 7, 2017 - Boston, MA - A recent survey of journalists conducted by Reportable, Inc. reveals how news releases today are discovered by reporters, and how their form and function can be tailored to reporters’ needs. Understanding this phenomenon can help communications professionals get their organizations and clients noticed and generate more earned media, one of the most proven ways to manage brand and corporate reputation and awareness. The results were reported from the PRSA 2017 International Conference.

"Reporters, like their readers, demand and see value in the most interactive experience possible," explained Richard Laermer, CEO of RLM PR and author of Full Frontal PR. "To get your release noticed, targeted email is by far the most effective, with social media now surpassing the newswire as a source of discovering news release headlines."

Journalists responded to questions ranging from how they discover news headlines (newswires, email, social media, keyword alerts, and more); their need/use of photos and videos; and features they want to see in news releases.

The Reportable survey discovered that when it comes to discovering news headlines:

When asked about essential features of a news release, functions that increased user-friendliness and interactivity were most preferred. The results found:

To access the full survey, select the following link - Get Full Report

Reportable is developing a web-based do-it-yourself software to build and distribute modern news releases that are reporter-ready, get more press coverage, and perform on social. Reportable is based in Boston, MA and is a result of the brilliant minds and developers at Tanooki Labs in New York City. The Company was founded in 2016. 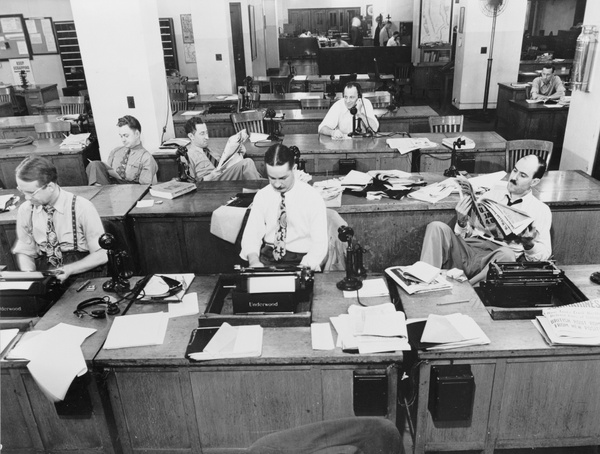 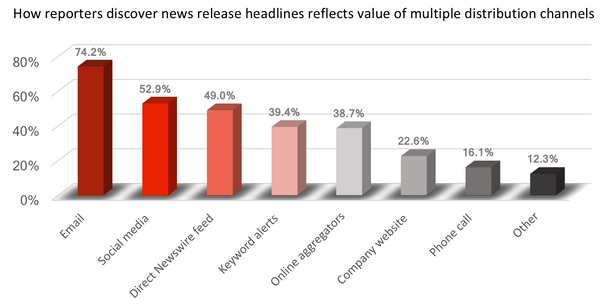 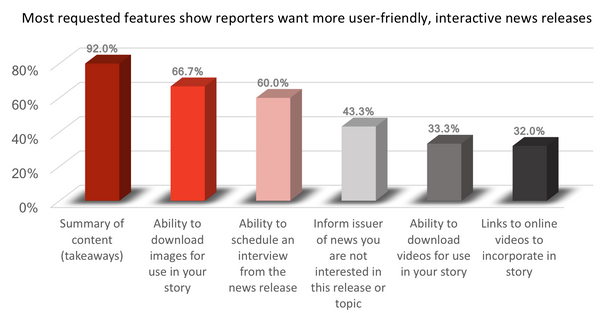 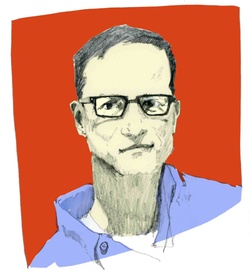